Gov. Greg Gianforte spoke at an event in Forsyth held to highlight the need for recreational access along the Yellowstone River in Southeast Montana.

Governor Greg Gianforte gave his first public remarks on the Lower Yellowstone River Coalition’s effort to expand recreational access along the lower Yellowstone corridor at an event in Forsyth on Wednesday. The event aimed to highlight the disparity in river access in Eastern Montana. The coalition’s effort was allocated $4 million in funds in the Department of Fish, Wildlife and Parks’ budget and approved by the state legislature this year.

In his remarks, Gianforte highlighted the benefits of expanded river access but also said that it needs to be done so responsibly.

“(The limited recreational access) is impacting the quality of life for Montanans, but it also is diminishing the economic opportunity to create jobs and bring people home and the reason we’re working on this project is the community agrees. Mayors, commissioners, other activist groups here, we want more access and that’s why we passed this legislation, to build more access, but we’re gonna do this in a way that respects local land owners and the communities,” Gianforte said.

To give an example of the effect recreational river access has, Gianforte pointed to Paradise Valley, where access is much greater compared to the lower portion of the river.

“You look at Paradise Valley, there’s campgrounds every couple of miles, there’s boat ramps and as a result, it is heavily utilized by recreationalists. Those recreationalists come, they hire river guides and they stay in hotels and they eat in the restaurants and they bring their wallets and they spend their money, it’s an economic driver in the community,” he said.

To ensure that this project is carried out in the way he intends, Gianforte’s office just this past week announced the creation of the Lower Yellowstone Advisory Committee within FWP that will be made of “citizens and other local stakeholders to guide a strategy for enhancing public access, outdoor recreation, and economic prosperity in communities along the lower Yellowstone River.”

The project has so far found wide-spread support, with 11 counties along the lower Yellowstone, including Dawson, having given their official support. Sen. Dwayne Ankney (R – Colstrip), one of the sponsors of the legislation that funded the project, also noted this was the first time that such legislation had support from Trout Unlimited.

“That’s a big deal, when fishermen across the state came in in support of this deal,” Ankney said.

Wednesday’s event also included flight tours of the river, to give those in attendance an opportunity to see the wide gaps in recreational access in the area. Neither Gianforte or Ankney took a flight, though Sen. Jeff Welborn (R-Dillon), another sponsor of the funding legislation, did take the tour.

06/23/2021
https://billingsgazette.com/news/state-and-regional/fwp-launching-committee-to-guide-4m-in-lower-yellowstone-river-projects/article_9931d129-5405-5c43-af16-df7263979be9.html The confluence of the Powder and Yellowstone Rivers is pictured in 2017. LARRY MAYER, Billings Gazette Portions of the…
Read more

06/18/2021
https://www.ypradio.org/business/2021-06-18/improved-lower-yellowstone-river-access-to-draw-tourism-to-eastern-montana?fbclid=IwAR2buceAnrK0Iv-oPO3Wfqh6zPLSnAwFaJJbtuqqLuzl5h6HouQatl4qZrg Forsyth and the Lower Yellowstone River from the window of a small plane on Wednesday, June 16, 2021 The…
Read more 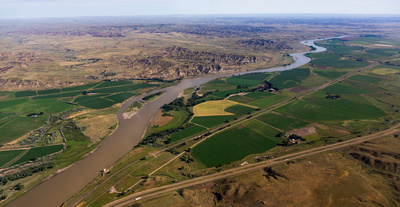 07/07/2020
State: MT
Mission: The Yellowstone River is the last free flowing river in the lower 48 states and one of our most cherished natural…
Read more