A notice from the US Environmental Protection Agency (EPA) is preventing the Energy Fuels White Mesa Mill from processing hazardous waste, due to what the agency reports as a lack of adequate liquid cover on one of their waste cells.

Energy Fuels says they were surprised with the letter from the EPA regional office, as they have submitted weekly reports to the agency regarding the covering in their cells since 2019.

The White Mesa Mill, located west of Highway 191 between the Blanding and White Mesa communities, is the only operating uranium processing mill in the United States.

Among other activities, the mill receives off-site waste from hazardous areas across the US being cleaned up by the EPA. Named after the 1980 law that began cleanup of sites contaminated with hazardous substances, these areas are known as Superfund sites.

The mill has been extracting commercially viable uranium and vanadium from hazardous materials transported from Superfund sites. The leftover waste from that process is placed in containment ponds at the mill site.

However, the recycling of hazardous materials – a smaller part of the company’s business – has been halted due to the letter from the EPA.

In a letter sent to the Mill on December 2, the Region 8 Denver office of the EPA determined that the White Mesa Mill facility is now unacceptable for the receipt of off-site waste from Superfund sites.

In 2017, the EPA issued a new rule that required all solid materials in evaporation ponds to be covered by liquid. Energy Fuels says that during a March 2019 visit, the EPA performed tests in the ponds and determined exposed evaporative crystals in tailings cell 4B did not need to be covered due to no significant emission of Radon.

The December 2 letter reversed the early determination from the EPA, which Energy Fuels says they were surprised by as they have been sending weekly reports, including nearly 600 photographs of the pond in question, since the 2019 visit.

The December 2 letter to the company cites a compliance advisory issued to the mill by the Utah Department of Environmental Quality.

Using information from the state advisory, and photographs from environmental organization EcoFlight, the EPA Air and Toxics Enforcement Branch determined that the inadequate liquid surface on cell 4B is a violation that has been persisting since at least May of 2020.

The most recent ruling from the EPA says that the inadequate liquid coverage on the pond increases emission of radon by ten times of emission of other covered ponds. However Energy Fuels says that their radon emissions from the exposed crystals are less than the level approved by the EPA.

The company says they had no prior visits or communication from the EPA regarding the issue and were surprised by the letter. They also state that safety is paramount to them. They are confident they can address the issue by pumping more water into the ponds, although they would rather not use additional water during a drought if the radon emitted is at a level that meets EPA standards. 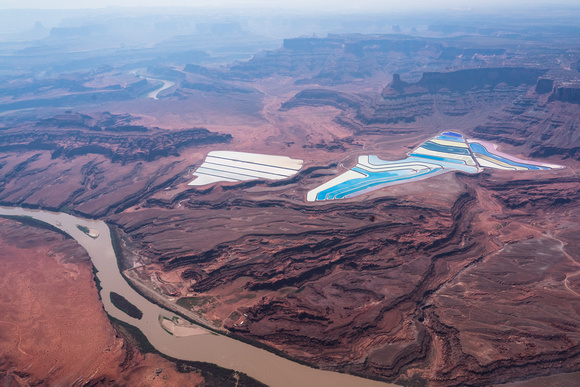