Alternately hailed as a climate-saver and decried as a job-killer, President Joe Biden’s recent executive order that pauses new federal oil and gas leases is drawing attention in the region.

Conservationists and small farmers in the North Fork Valley welcomed the orders as a respite that will protect clean water and agri-tourism in the valley.

“We grow a lot of fruit here in the North Fork. This valley has been, historically, one of the great fruit regions for the last 125 years,” Jeff Schwartz of Big B’s Delicious Orchards said Wednesday, from his orchard as Mt. Lamborn towered behind him.

Big B’s manufactures and distributes fresh juices nationwide and this year, will press close to 7 million pounds of apples alone, Schwartz said. Throughout the year, he employs about 20 people and also operates an agri-tourist destination consisting of a concert venue, you-pick orchard and campground.

“When half your livelihood is based on agri-tourism and half in agriculture, clean water and clean air and an appreciation of both are critical,” Schwartz said. “Fracking in the North Fork is tough on our eco-tourism, as you can imagine.”

The drill rigs in the mountains above the valley only have access to parcels via Colorado 133, a small and narrow road ill-suited to heavy truck traffic, he said. The situation is dangerous and his retail operations suffer from having the rigs pass by.

“We’ve been resisting, not for resistance’s sake, but by asking the industry and the government to really make sure we need to get to this oil right now,” Schwartz said.

Like others who spoke during a Zoom conference call Wednesday on the Biden orders, Schwartz said the demand is down, making it a good time to pause new oil and gas leases.

“We’ve done our part as well. We’re proud of our coal mines. They did a lot of economic generation for 100 years. We’re not asking for a pristine environment, but we really do support President Biden’s bold move to stop public land drilling for now,” he said.

The analysis is to comply with applicable law and the Interior secretary is to consider whether to adjust royalties associated with extracting mineral resources from federal lands to account for “corresponding climate costs.”

The order also set the goal of conserving at least 30% of oceans and public lands by 2030. The “30 by 30” initiative pulls in stakeholders such as agriculture and forest landowners, tribes, states, local governments and others to help develop strategies.

The entire order can be read by visiting https://tinyurl.com/climateorder, which redirects to the document on the White House website.

Biden said during his campaign he would not ban fracking nationwide; his order prompted criticism that he was breaking that promise.

A president does not have the ability to impose a national fracking ban and Biden actually said he would deny permits for new fracking on public lands, according to a fact check by Forbes published Jan. 21. The fact check said Biden created confusion by misstating his position during presidential debates.

While the North Fork farmers and conservationists who spoke Wednesday celebrated, others raised concerns over the executive order to put new leases on hold.

U.S. Rep. Lauren Boebert called blocking future leases “an unlawful attack” on jobs, at a time when Coloradans are struggling from COVID-19’s hit on the economy.

“People are losing everything they have and the only thing this president cares about is appeasing extremist environmentalists,” Boebert said in a statement.

“While the Biden administration pretends big oil is its target, the reality is, it’s the folks in small rural communities that will be hit hardest by (the) indefinite moratorium. The U.S. has the highest environmental standards in the world and if we aren’t responsibly developing these resources in America, then other countries will take these jobs and develop dirtier resources.”

“There will be a lot of noise about these orders potentially harming rural communities and threatening jobs and livelihoods,” Pete Kolbenschlag, director of the Colorado Farm & Food Alliance, said.

He said other orders Biden signed work to rethink how the government funds itself in rural communities, which at present, is heavily reliant on mineral revenues through severance taxes extractors pay.

Putting new leases on hiatus while demand is low provides a critical moment for that kind of reconsideration, Kolbenschlag said.

Places like the North Fork have to find a way to move beyond the boom-bust cycle as industry comes and leaves, he also said.

“The North Fork is a bit of the fruit basket of the Colorado Rocky Mountains. We have a past as an agricultural town and as an orchard town and we also have a past as a coal mining town,” he said.

Kolbenschlag welcomed Biden’s climate orders, which come at a time when the updated resource management plan for the Bureau of Land Management’s Uncompahgre Field Office (which includes the North Fork) is being challenged in court.

Conservation groups and, more recently, the state of Colorado, sued the Interior Department over the plan, alleging public input was not appropriately considered; faulty science and that the approved plan should be tossed because the acting BLM director under whom it was approved was serving illegally.

Biden’s moratorium does not affect current leases and the suit is still necessary as a mechanism for staying the lease provisions allowed under the updated resource management plan, said Tanya Henderson, executive director for the Western Slope Conservation Center. The center is a plaintiff in one of the lawsuits challenging the plan.

She said Biden’s executive order and the focus on more conservation by 2030 marked an “encouraging day” for conservation.

“We know the climate is changing. We continue to say we are in a drought, but this might be the new normal. We need to think about using resources that will sustain us as we move forward,” Henderson said.

Using dwindling water resources for oil and gas extraction imperils the supply, both in terms of the amount and its cleanliness — the trade-off is not worth it, she said.

“We are thrilled about the moratorium; we do see it as a welcome pause, but also an opportunity to continue to assess the situation here and find a way to find permanent protections. The North Fork Valley has gone through a lot of yo-yo-ing and back and forth,” Henderson said.

Livestock grower Emily Hartnett said Delta County is home to the largest concentration of organic farms in Colorado, as well as one of the biggest concentrations in the nation. The public lands that surround it are critical to farmers and ranchers because their irrigation water flows through them and it needs to remain clean, said Hartnett, who is also a member of the Valley Organic Growers Association.

That need is all the keener in light of increasingly dry conditions, she said. “Climate change currently is a real threat to our farmers here in Western Colorado,” said Hartnett, adding that agri-tourism helps farmers bridge income gaps in farming operations.

The Colorado Oil and Gas Association, however, says Biden’s order will serve to push oil and gas development to other countries, where standards are less rigorous.

It cited a study by the Wyoming Energy Authority, which determined Colorado might lose $2.6 billion-worth in Gross Domestic Product over Biden’s term, as well as 4,745 jobs — and that’s just from the leasing ban, an association spokesman said in an email.

“Without any timeline or direction, President Biden’s indefinite pause on oil and natural gas leasing will have dire consequences,” COGA’s president and CEO Dan Haley said, in a statement provided by the spokesman.

“Without domestic development we will see increased global emissions, accelerating climate change and a diminishing of our energy security and our national security as more energy is imported from nations that do not share America’s environmental standards or interests.”

“Out of sight and out of mind is not a sound long-term environmental strategy. Shutting our own local production would be about the worst decision this president can make if he wants to lead in efforts to combat climate change. The president ought to visit Colorado and sit down with the men and women who work overtime to safely develop the resources and products that are essential to modern society and who keep the lights on in storefronts and homes across the country.”

Climate change is a pressing concern and Biden’s executive order is a strong step forward that benefits regional lands beyond the North Fork, Kolbenschlag maintained.

“The Gunnison Basin in this part of Southwestern Colorado is right in the center of the crosshairs of climate change,” he said. “We are in a region that is warming faster than most other places. We’re also in the middle of the headwaters for the Colorado River system.” 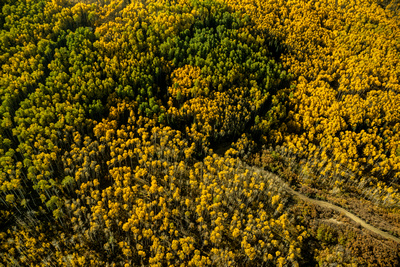